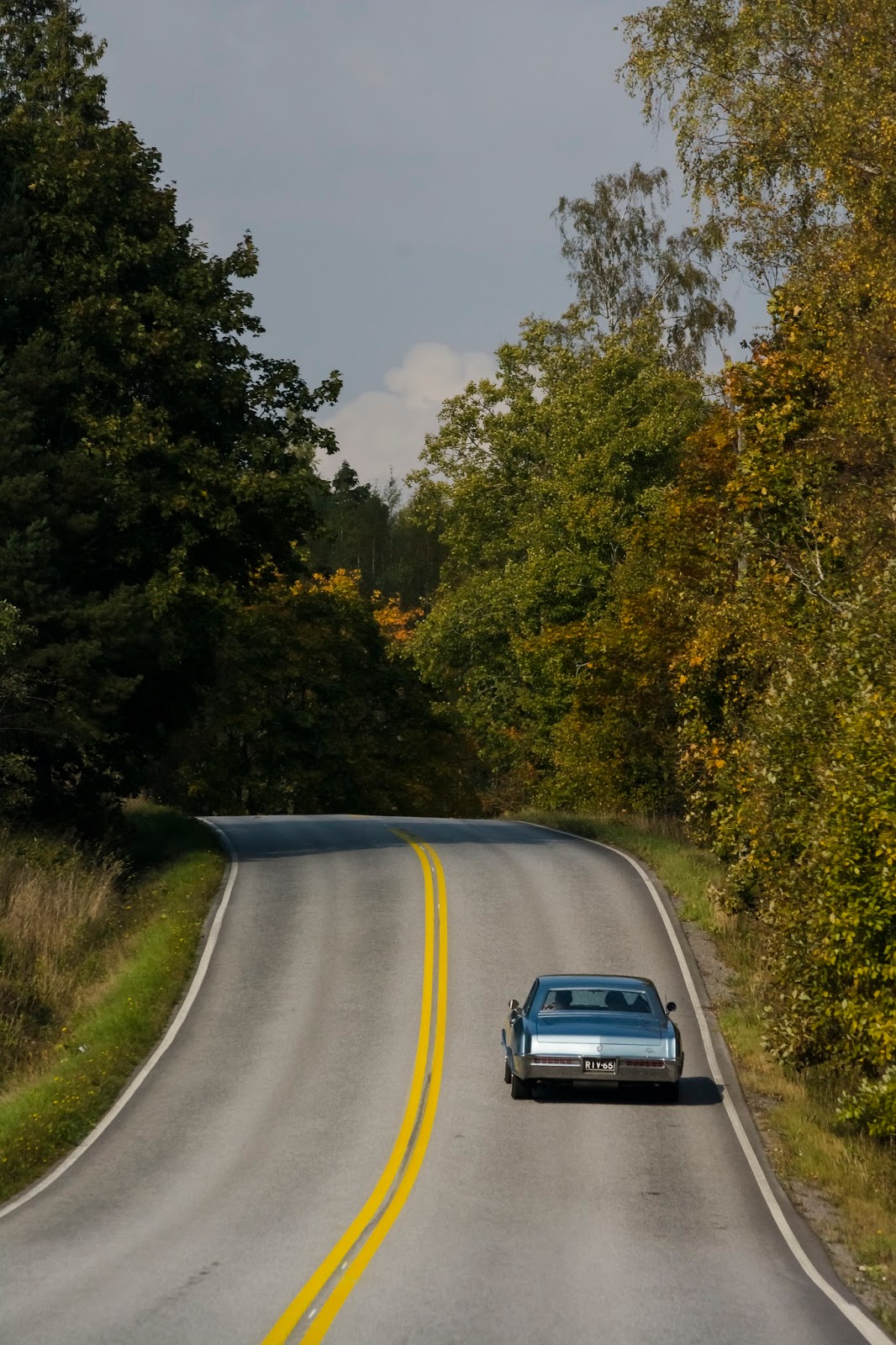 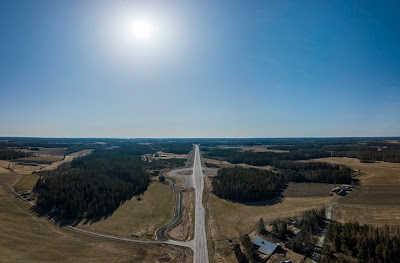 In my previous post I talked about highway strips and mentioned that there is quite near a second one at Jokioinen. So I woke up early in Saturday morning and went for a drive. It was warm and sunny morning.  In 2006-2009 when there were improvements made to National Road 2 , there were also constructed a highway strip to part of the road near Jokioinen.  It's roughly 2 km long and in the Northwest corner it has these two turning points, which looks, from above, like a... man's member, if you catch my drift. After completion Finnish Air Force has used this highway strip a quite often for training for the Pilots and ground troops to take off and landings on a short runaways.  As I were driving back to home I did take a little detour and I drove through Jokioinen's "center" and I drove next to Loimijoki which had flooded near by farming land. Loimijoki is fanning from left to right and Jänhijoki mergers from the middle to Loimijoki. Loimijoki isn't much wide 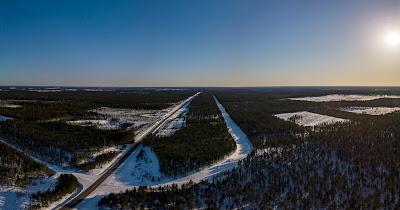 Near Alastaro Circuit there is two highway strips next to each other. I am not sure if the other one is older or is it just a runaway. The shorter one is about 1,55 km long and longer on is 3 km long.  Winter really highlights these roads, you can see much better how those are wider than normal road. I think I need to make a summer vacation road trip plan, if current pandemic situation allows, to visit more of those highway strips. There is almost 20 listed highway strips in Finland  (only in finnish). This is on road 41 and there is another on a national road 2 at Jokioinen, which is quite often used by Finnish Air Force. 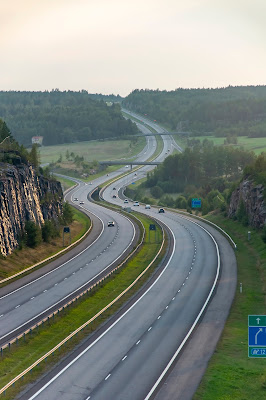 Perspective compression or compressing distance? It is a perspective distortion appearance when you "compress" long distance in a view. Like I posted earlier, when you look at a long object from a distance it seems to do strange things, like that bridge is bent out of shape. This has been on my to-shoot-list for a while. It's a bit over 3 km section of E18 (or National Road 1 ) in a valley near Paimio that has this wiggling looking road. Usually you don't see it in a person as the road is flat and you can't really see that long from ground level. But this section is in a valley that has over 40 meters height difference in a short distance and first it turns a bit to left and at the bottom of the valley it turns to right and right after it turns again to the left while climbing to other side of the valley and right in the top takes another turn to right. But from above it doesn't look that bent out of shape. Especially if you look at it from the straight up.